With the cold temperatures lately, it seemed appropriate that Troop 50 would spend its first meeting of the new year devoted to fire-building techniques — a perfect topic to include Webelos from Cub Scout Pack 29 who were visiting that evening. 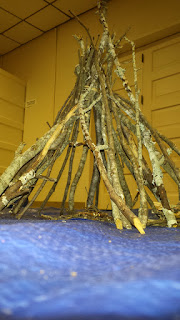 After the troop's opening, the group of Scouts and Webelos divided into groups that rotated between several stations. Inside, groups discussed different fire structures — such as tee-pee, log cabin and lean-to fires — as well as where best to locate a fire and how to extinguish it. 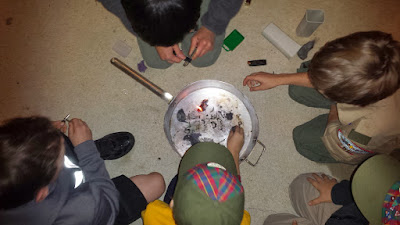 
A payment plan for both trips is available. For questions or to commit to either trip, contact Rob Stanford at troopcommittee@boyscout50.org.