The troop’s traditional June court of honor marks the end of the troop’s school-year calendar, its transition to summertime activities, and its break before hitting the ground running with its usual, action-packed fall schedule.
The spring court of honor on Monday, June 6 celebrated the advancement success of 10 of its Scouts who earned new merit badges, advanced in rank, or both. In addition to the 19 merit badges presented Monday evening, six Scouts advanced in rank—including two who attained the Eagle Scout rank in May and will be honored during ceremonies later in the year.
While Eagle-required merit badges like the series of Citizenship merit badges and Cooking Merit Badge frequently top the list of those presented at courts of honor, this spring’s ceremony included the likes of elective merit badges like Aviation and Bird Study merit badges. Tyson was also recognized for earning the World Conservation Award.
The pre-summer camp court of honor also marks the biannual transition of elected and appointed youth leaders. Those Scouts installed in their respective positions and who will serve the troop during the second half of the year included: 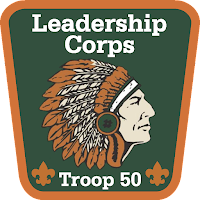 Ice Knights Patrol
Patrol Leader: Jackson
Assistant Patrol Leader: William D.
Quartermaster: Harrison P.
Savage Cabbage Patrol
Patrol Leader: Dillon
Assistant Patrol Leader: Jacob
Quartermaster: Cooper
The June 6 court of honor is the troop’s final Monday-night activity for the summer. Summertime activities will include summer camp at Camp Sequoyah in Delta, Alabama, from June 19-25. Scouts and families will enjoy some social time during the annual “Chill at the Lake” event on Saturday, July 16.
The troop will resume its regular schedule in August in conjunction with the start of the K-12 school year.
at June 11, 2022