Did someone call a doctor?

The emphasis of our Feb. 25 meeting was first aid, which was great as the troop welcomed two soon-to-be Troop 50 members who will cross over from Pack 29. Our new Scouts also had the opportunity to witness senior Scouts in action from the best vantage point possible -- as "victims" during the exercise.

After the troop's traditional meeting opening, Scouts were presented with four first-aid scenarios that required patrols to work together in a true test of Scouting emergency preparedness. First aid challenges included some lifelike infirmities -- compliments of scoutmaster-turned-makeup-artist Andrew Baird:
The patrols demonstrated a good command for working as a team and mitigating these emergency situations. Thankfully, our "victims" all lived (without incurring any new injuries in the process!). 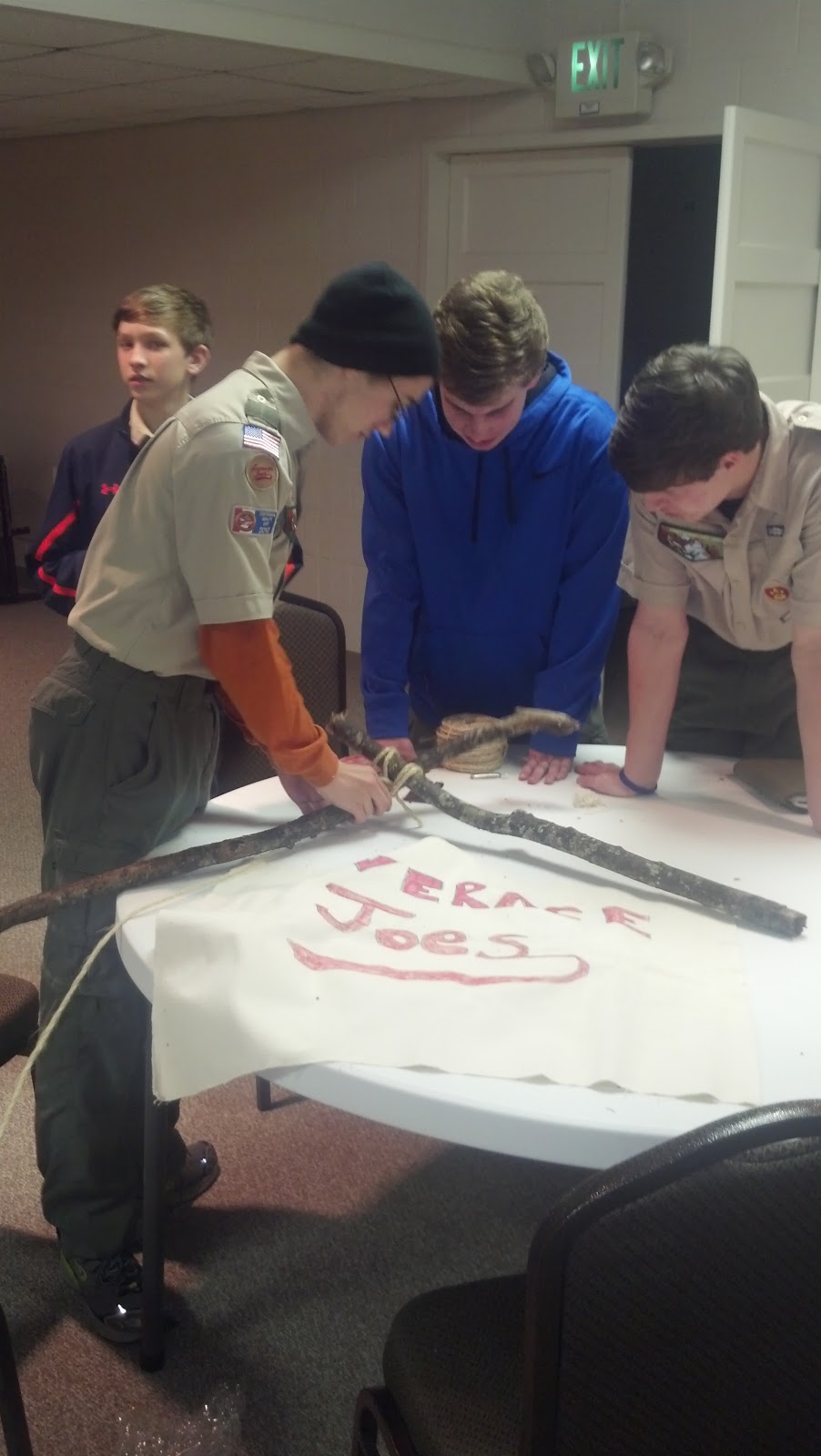 In addition to the first aid exercise, the Average Joes patrol flag reappeared at the troop meeting after a long absence. By the end of the meeting, it was display-ready having been mounted to its own patrol flagpole.
at February 26, 2013